On October 8, 2021, a Los Angeles jury in Van Nuys awarded the parents of two brothers a $10.6 million verdict for the wrongful death of their sons, Aidan and Ainsley Hubbard, after their car collided head-on with a driver going the wrong way on the 405 freeway.

In the early morning hours of January 21, 2017, Rodney Deshone Wright drove south in the northbound carpool lane of the 405 freeway for more than four miles before crashing into the Hubbards’ Dodge Caravan.

Aidan, 31, and Ainsley, 27, were Palmdale natives beloved by many for their warm hearts and excellent senses of humor. Both musicians and bandmates, the brothers were on their way home from a gig in Los Angeles when the crash occurred.

“Let’s be clear, this crash should have never happened. It was 100% avoidable,” stated PARRIS attorney Jason P. Fowler. “No parents should have to grieve the loss of a child…let alone two,” Fowler added.

“Nothing can bring back these two young men who were best friends and bright lights in their family,” said PARRIS attorney Alexander R. Wheeler. “Now that the legal fight is behind them, the family can focus on healing and celebrating the lives of Aidan and Ainsley.”

This story has been reported in both the AV Times and Spectrum News 1.

CAN I GET SHORT-TERM DISABILITY BENEFITS AFTER A CAR ACCIDENT IN CALIFORNIA? 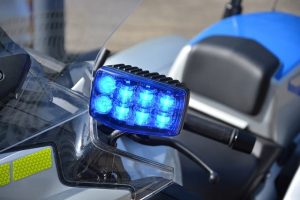 CAN I GET SHORT-TERM DISABILITY BENEFITS AFTER A CAR ACCIDENT IN CALIFORNIA?

Fighting in Your Corner

YOU PAY NO FEES UNTIL WE WIN!